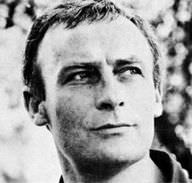 Edward Woodward was a stage and film actor of British nationality. He started as a stage performer before joining the film industry. In 1946, he made his stage debut when he appeared in the play, “A kiss for Cinderella”.

His parents were Violet Edith and Edward O. Woodward. In 1952, he got married to Venetia Barrett but divorced her in 1986. The following year, he married Michele Dotrice, his second wife. Woodward fathered four children namely, Sarah Woodward, Emily Woodward, Tim Woodward, and Peter Woodward.

His two sons are film actors.

He supported the Labour Party during U. S. A’s general election in 1970.

Edward's birthday is in 131 days

How old was Edward when he died?

Edward Woodward would be 91 years old if he was alive today.

Where was Edward from?

He was born in Croydon, Surrey, England, UK.

Edward Woodward was a famous English actor and singer, who was born on June 1, 1930. As a person born on this date, Edward Woodward is listed in our database as the 54th most popular celebrity for the day (June 1) and the 63rd most popular for the year (1930).

People born on June 1 fall under the Zodiac sign of Gemini, the Twins. Edward Woodward is the 1641st most popular Gemini.

Aside from information specific to Edward Woodward's birthday, Edward Woodward is the 1740th most famous English and ranks 3rd in famous people born in Croydon, Surrey, England, UK.

In general, Edward Woodward ranks as the 18837th most popular famous person, and the 2498th most popular actor of all time. “The Famous Birthdays” catalogs over 40,000 famous people, everyone, from actors to actresses to singers to tiktok stars, from serial killers to chefs to scientists to youtubers and more. If you're curious to see who was born on your birthday, you can use our database to find out who, what, where, when and why. You can search by birthday, birthplace, claim to fame or any other information by typing in the search box, or simply browse our site by selecting the month, the day, the horoscope, or any other clickable option.