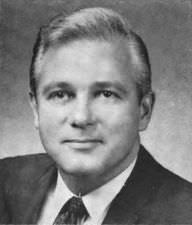 Edwin Edwards made history while serving in the gubernatorial office in the state of Louisiana between the early 1970s and the mid-1990s. He is recognized as the state’s longest-serving governor, having served for four terms and a total of 16 years. Prior to his gubernatorial position, he had represented the 7th congressional district of Louisiana in the U.S. House of Representatives. The Democratic Party politician also gained notoriety for having completed eight years out of a ten-year prison sentence for racketeering charges from October 2002 to January 2011.

He was born to Agnes Brouillette and Clarence Edwards. He was married from 1949 to 1989 to Elaine Schwartzenburg, whom he nominated in 1972 to finish the term of U.S. Senator Allen J. Ellender, who died in office. From 1994 to 2004, he was married to Candy Picou. As of his death, he had been married to Tina Grimes since July 2011. He was survived by five children.

Title
A conversion of Image:Scale of Justice.png to an SVG. The previous version was an automatic trace, whereas this version is a manual trace and of a higher quality.
Author
Source
http://commons.wikimedia.org/wiki/File:Scale_of_justice_2_new.jpeg
License
GPL

Edwin's birthday is in 313 days

Where is Edwin from?

He was born in Marksville, Louisiana, U.S..