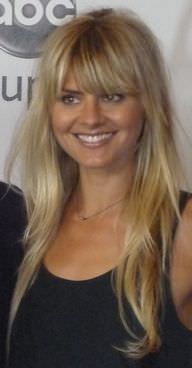 Eliza Coupe is an American actress and comedian.

Early in life, Eliza Coupe acted in her High School's plays, performing in productions of Anything Goes and Dancing at Lughnasa. She then moved to film and television. She first was in the romantic comedy I Think I Love My Wife. She then appeared in MTV's Short Circuitz, Flight of the Conchords, and Unhitched. She finally got a recurring role on a TV series with the series Scrubs. Coupe later starred in the comedy series Happy Endings. More recently, Coupe starred in the USA Network TV show Benched.

Eliza's birthday is in 182 days

Where is Eliza from?

She was born in New Hampshire, U.S..