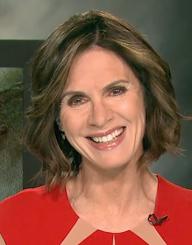 Elizabeth Vargas began her journalism career in 1984 when she was hired by KTVN, an affiliate of CBS. She started gaining attention when she moved to NBC News in 1993. Her frequent appearances on the network’s news programs “Now with Tom Brokaw and Katie Couric” and “Dateline NBC” increased her popularity in the United States.

The American journalist is best known for her work with A&E Networks where she usually operates as a documentary anchor and chief investigative reporter. In 2018, she was named as the host of Fox's “America's Most Wanted”. On ABC, she was known as the host of the news show titled “20/20”.

Her dad, Rafael "Ralf" Vargas, served in the United States Army while her mum is known as Anne Vargas. She shared her childhood with her two siblings Christopher and Amy. Her 2002 marriage to singer Marc Cohn lasted for 12 years. Their union produced two kids Sam and Zach, though Cohn had two children from his previous marriage.

In 1984, he graduated from the University of Missouri where she had her journalism training.

She was named as one of the anchors of ABC’s “World News Tonight” in 2006.

Her memoir titled “Between Breaths: A Memoir of Panic and Addiction”, which highlights her battle with alcoholism, was published in 2016.

Elizabeth Vargas' birthday is on September 6, 1962.

Elizabeth's birthday is in 343 days

Where is Elizabeth from?

She was born in Paterson, New Jersey, U.S..