The American actor was known for his film and stage performances such as playing the role of Bob West in the short film “The Slave Girl”. He also appeared as officer Lambert in “Hoodoo Ann", a 1916 comedy-drama silent film directed by filmmaker Lloyd Ingraham.

His father was Otto Elmo Linkenhelt. Between 1913 and 1921, he was married to Sadie Whited. After his first marriage ended, he tied the knot with Ida Lee Tanchick in 1935.

Lincoln’s professional acting career began when he starred in the films “The Battle of Elderbush Gulch” and “Judith of Bethula” in 1914.

After taking a break from acting he returned to his film career and appeared in the 1952 romance film “Carrie”. The film, which was based on the book “Sister Carrie”, was written by Theodore Dreiser. The film was directed by William Wyle and starred Jennifer Jones and Lawrence Oliver.

He received a star on the Hollywood Walk of Fame at 7042 Hollywood Boulevard. 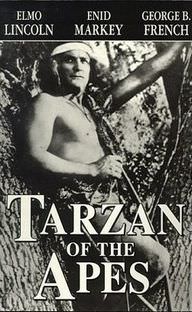 Elmo's birthday is in 127 days

How old was Elmo when he died?

Elmo Lincoln would be 133 years old if he was alive today.

Where was Elmo from?

He was born in Rochester, Indiana, U.S..