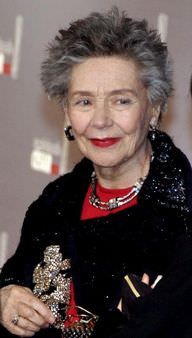 Emmanuelle Riva is a celebrated French actress famous for portraying the characters Elle in the 1959 film Hiroshima mon amour and Anne Laurentin the 2012 hit film Amour. Her other notable film appearances include Kapò, Thomas the Impostor, Risky Business, Venus Beauty Institute and A Man and His Dog.

She was the only child of her parents Jeanne and Alfredo Riva. Throughout her life, she never got married nor had any children.

For her performance in Amour, she won numerous awards such as a BAFTA Award, a Boston Society of Film Critics Award, a César Award, and a London Film Critics Circle Award among other prestigious awards. She also received an Academy Award nomination for that same role.

Emmanuelle's birthday is in 20 days

How old was Emmanuelle when she died?

Emmanuelle Riva would be 95 years old if she was alive today.

Where was Emmanuelle from?

She was born in Cheniméni, France.