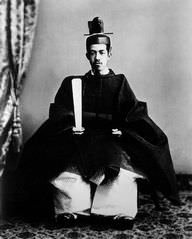 Emperor Taishō, born Yoshihito Shinnō, was the 123rd emperor of Japan, according to the nation’s imperial order of succession. He was also the second ruler of the Japanese Empire and reigned from July 30, 1912, until he passed away in December 1926.

He was born at Tokyo’s “Togu Palace,” to the great Emperor Meiji and Naruko Yanagihara. Unfortunately, he was diagnosed with cerebral meningitis in the first few weeks of birth. As was customary at the time, he lived with his great-grandfather from infancy until age seven.

As a child, he was taught at “Aoyama Palace,” and his classmates were 15-20 children carefully selected from “Oke” and “Kazuko” special schools. He then attended the “Gakushūin” school.

Taishō’s reign was characterized by the introduction of many western-like policies into the domestic affairs of Japan.

Sadly, he played no political or social role during his reign due to illness. He also became mentally unstable in his later life. However, his son Crown Prince Hirohito was at the center of affairs during these times.

In 1926, he battled pneumonia throughout the year, and on 25 December 1926, he suffered a heart attack, which resulted in his death. He died at age 47.

Emperor Taishō's birthday is in 330 days

How old was Emperor Taishō when he died?

Emperor Taishō would be 143 years old if he was alive today.

Where was Emperor Taishō from?

He was born in Tokyo, Japan.