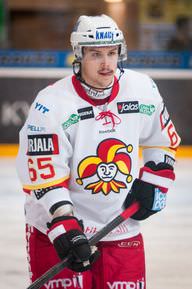 Swedish professional ice hockey player Erik Karlsson started his career in March 2008 in his home country’s ice hockey league, on the ticket of Frolunda HC. A few months later, he was chosen by the Ottawa Senators in the 2008 NHL Entry Draft and made his debut in the league the following year. In 2018, he made his debut for the San Jose Sharks after he was traded by the Senators.

He and his first wife, named Therese got a divorce in 2013. Since August 2017, he has been married to Melinda Currey, with whom he welcomed a daughter in October 2019, a year after their stillborn son.

He was the recipient of the 2012 and 2017 James Norris Memorial Trophy. He has also won the Viking Award three times.

He collaborated with his wife to host “Can’t Dim My Light”, a charity campaign against school bullying. 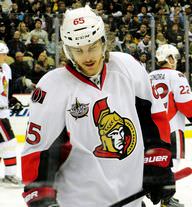 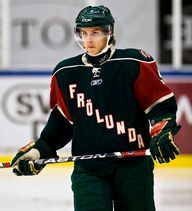 Erik's birthday is in 236 days

Where is Erik from?

He was born in Landsbro, Sweden.

What is Erik Karlsson's height?