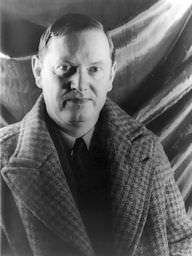 Arthur Evelyn St. John Waugh was an English writer, journalist and book reviewer. He wrote biographies, novels and travel books. He was a prolific traveler due to his work as a reporter and newspaper correspondent.

Through his personal experiences and encounters with real-life persons, he created great works of fiction, popular amongst them being “Brideshead Revisited”, “Decline and Fall” and “Sword of Honour”.

He was the son of Arthur Waugh, a publisher and literary critic, and Charlotte Raban. He had an elder brother called Alec. After a year of being married to Evelyn Gardner, he filed for a divorce due to her confession of being the lover of journalist and novelist John Heygate. He had seven children with his second wife, Laura Herbert.

Evelyn's birthday is in 266 days

How old was Evelyn when he died?

Evelyn Waugh would be 119 years old if he was alive today.

Where was Evelyn from?