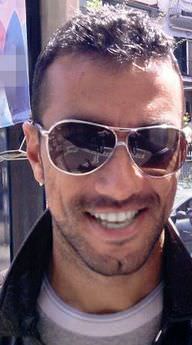 Fabio Quagliarella is one of the famous professional Italian football players who is noted for playing in the position of a forward. He gained international attention after his debut in the Italian football club Torino in 1999.

He is known to have played for different Italian notable teams throughout his successful playing career. Some of the clubs he has starred for include Fiorentina, Udinese, Juventus, and Sampdoria, which he joined in 2016.

Before making his senior national team debut in 2007, he represented Italy in the under-18, under-21, and under-23 levels and was a member of the squads that competed in the UEFA Euro 2008, FIFA Confederations Cup 2009, and FIFA World Cup 2010 tournaments.

He was born and raised in Torino, Italy.

From 1994 to 1999, he was a member of Torino's junior team before making his senior team debut.

Fabio Quagliarella's birthday is in 32 days

Where is Fabio Quagliarella from?

He was born in Castellammare di Stabia, Italy.