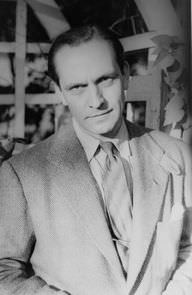 Fredric March was a film actor from America. He was widely recognized as one of the most celebrated and versatile Hollywood stars of the 20th century. He was a banker but due to a vermiform appendix surgery, he pursued acting. In 1926, he made his first appearance on Broadway. The films he acted in include “The Studio Murder Mystery” in 1929, “The Royal Family of Broadway” in 1930, “The Best Years of Our Lives” in 1946, “The Man in the Gray Flannel Suit” in 1956, and “Seven Days in May” in 1964.

He was educated at the University of Wisconsin, Racine High School, and Winslow Elementary School.

He was the child of John F. Bickel and Cora Brown Marcher. He married his first wife named Ellis Baker in 1925 but divorced her after two years of marriage. In 1927, he got married to his second wife, Florence Eldridge. He fathered two adopted children named Anthony March and Penelope March.

He was a Democrat.

His second wife was an actress.

March together with Dorothy Parker, Fritz Lang, Donald Ogden Stewart, and Oscar Hammerstein were the founders of the Hollywood Anti-N-zi League (HANL) in 1936. 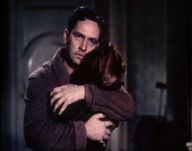 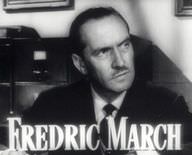 Title
Cropped screenshot of Fredric March from the trailer for the film The Best Years of Our Lives.
Author
Trailer screenshot
Source
http://commons.wikimedia.org/wiki/File:Fredric_March_in_Best_Years_of_Our_Lives_trailer.jpg
License
Public domain

Frederic's birthday is in 336 days

How old was Frederic when he died?

Fredric March would be 125 years old if he was alive today.

Where was Frederic from?

He was born in Racine, Wisconsin, U.S..