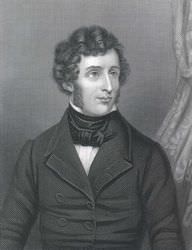 The 18th century German chemist made some of chemistry’s most important discoveries to earn himself membership in the Royal Academy of Sciences.

Wohler studied chemistry at Leopold Gmelin’s laboratory in Heidelberg. He taught at the Berlin Polytechnic School for five years, and thereafter became an Ordinary Professor of chemistry at the University of Gottingen for the rest of his life.

In 1828, he synthesized urea from ammonium cyanate without involving a living cell in a process which became known as the “Wohler Synthesis”.

He contributed to the discovery of beryllium, boron crystals, silane and silicon with its nitrate and also synthesized calcium carbide, as well as collaborated with Justus Liebig to experiment with bitter almond oil which became the basis for the principles of Free Compound Radicals.

After Humphry Davy and others failed to discover metal from alumina, Wohler succeeded in discovering aluminium in 1827 by applying similar procedures as Humphry.

His Students and Books

He taught many renowned chemists as Albert Niemann and also authored books on his various experiments including the “Grundriss der Chemie”.

Friedrich's birthday is in 299 days

How old was Friedrich when he died?

Friedrich Wöhler would be 222 years old if he was alive today.

Where was Friedrich from?

He was born in Eschersheim, Landgraviate of Hesse-Kassel, Holy Roman Empire.