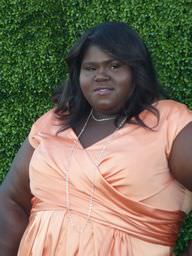 Gabourey Sidibe is an American actress known for her portrayal of characters such as Queenie on the third season of the horror series American Horror Story: Coven and Becky Williams on the popular musical drama television series Empire. She is also known for playing Claireece "Precious" Jones in the 2009 drama film Precious.

She is the daughter of singer Alice Tan Ridley and Ibnou Sidibe.

Her performance in Precious earned her numerous awards, including a Satellite Award, an NAACP Image Award and three Black Reel Awards. For that same role, she was nominated for both a Golden Globe Award and an Academy Award.

In 2015, she issued a strongly worded message to critics who fat-shamed her following her appearance in an Empire love scene.

Gabourey's birthday is in 211 days

Where is Gabourey from?

She was born in Bedford–Stuyvesant, Brooklyn, New York, U.S..