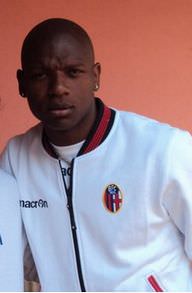 One of the finest football players during his days, Gaby Mudingayi, is a well-known Congolese-Belgian star. He played as a midfielder for his respective teams during his playing career. In 1998, Union Saint-Gilloise of Belgium was where he made his professional debut. Following his time there, this gifted athlete played for other big clubs including Gent, Torino, Lazio, Bologna, Internazionale, Cesena, and Pisa.

In addition, he had an important role in the national football squad of Belgium, which he represented in several international competitions.

This ex-midfield player is 1.80 meters tall.

He was a member of the Belgian under – 21 squad.

Gaby's birthday is in 46 days

Where is Gaby from?

He was born in Kinshasa, DR Congo.

What is Gaby Mudingayi's height?