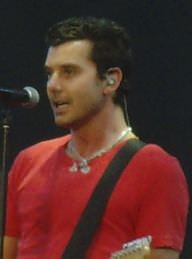 Gavin Rossdale rose to fame in 1992 after co-founding the British band known as Bush. The Brit started performing in the group as the rhythm guitarist, as well as, the lead singer. He played an influential role in their maiden album which was titled “Sixteen Stone”. Other albums that he helped the group to release include “Razorblade Suitcase”, “Golden State” and “The Science of Things”.

Aside from Bush, he has also been associated with other musical groups including Institute, and Apocalyptica. However, he embarked on a solo project after the band’s initial break up in 2002 and recorded lots of singles such as "Love Remains the Same", "Forever May You Run" and "Adrenaline".

He also has a career in acting and has been involved in lots of movies and television series including “Constantine”, “Zoolander” and “Criminal Minds”.

He was born to Douglas Rossdale and Barbara Stephan. He and singer, Gwen Stefani, ended their 14 years of marriage in 2016. Their union produced three children namely Zuma, Kingston, and Apollo.

In 2013, he received an “Ivor Novello Award” from the British Academy. 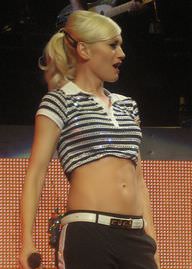 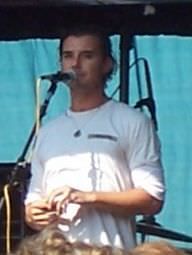 The only people who benefit from lawsuits are lawyers. I think we made a couple of them rich.Gavin Rossdale

Gavin's birthday is in 97 days

Where is Gavin from?

People born on October 30 fall under the Zodiac sign of Scorpio, the Scorpion. Gavin Rossdale is the 2167th most popular Scorpio.

Aside from information specific to Gavin Rossdale's birthday, Gavin Rossdale is the 2449th most famous English and ranks 385th in famous people born in London, England, UK.

In general, Gavin Rossdale ranks as the 26923rd most popular famous person, and the 2759th most popular singer of all time. “The Famous Birthdays” catalogs over 40,000 famous people, everyone, from actors to actresses to singers to tiktok stars, from serial killers to chefs to scientists to youtubers and more. If you're curious to see who was born on your birthday, you can use our database to find out who, what, where, when and why. You can search by birthday, birthplace, claim to fame or any other information by typing in the search box, or simply browse our site by selecting the month, the day, the horoscope, or any other clickable option.