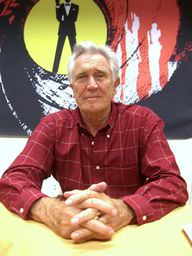 George Lazenby is an Australian actor. He is best known for his role as James Bond in the 1969 film "On Her Majesty's Secret Service". He is the only actor to have played the role once. When he quit the role of James Bond, he stated: "They made me feel like I was mindless. They disregarded everything I suggested, simply because I hadn't been in the film business like them for about a thousand years".

He has been nominated for a Golden Globe for his James Bond film.

He has been married twice and he has 3 children.

He was voted "Top model of The Year" in 1966 in London, before he became an actor!

George Lazenby's birthday is on September 5, 1939.

George's birthday is in 340 days

Where is George from?

He was born in Queanbeyan, New South Wales, Australia.