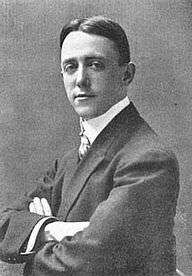 George M. Cohan, was a scriptwriter, singer, actor, and composer. He started his career as an infant. He was introduced to the entertainment industry by his parents. Cohan knew how to play violin and started dancing when he was eight years old.

He rose to prominence in 1904 after he released his two songs “Give My Regards to Broadway”, and “The Yankee Doodle Boy” at the Little Johnny Jones musical show. Cohan appeared in over 30 Broadway shows.

During his career, he released over 300 original tunes, making him one of the top Tin Pan Alley songwriters. Some of his tunes include “You're a Grand Old Flag” and “Mary Is a Grand Old Name”. As an actor, he was featured in films such as “The Phantom President”, and “Seven Keys to Baldpate”.

He was born to Helen Costigan and Jeremiah Cohan. He had a sibling named Josephine Cohan Niblo. In 1899, he got married to Ethel Levey but divorced her 8 years later. In 1907, he got married to his second wife called Agnes Mary Nolan. His children were George M Cohan, Jr., Mary Cohan, Georgette Cohan, and Helen Cohan.

He was the recipient of the Congressional Gold Medal by President Franklin Delano Roosevelt in 1940.

Cohan published his autobiography in 1925 titled “Twenty Years on Broadway and the Years It Took to Get There”.

He was part of the leading members who founded the American Society of Composers, Authors, and Publishers.

He was the first entertainer to receive the Congressional Gold Medal.

Cohan became a Long Island Music Hall of Famer in 2006.

In 1970, he became an inductee of the Songwriters Hall of Fame.

In 2012, Cohan became an Irish American Hall of Famer. 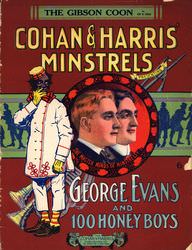 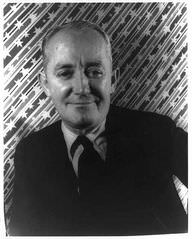 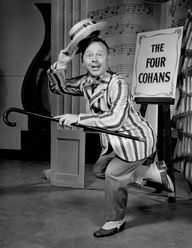 Title
Photo of Mickey Rooney from a 1957 television special tribute to George M. Cohan, Mr. Broadway. Rooney played Cohan in the television special.
Author
NBC-there are 2 photographer's stamps-Herb Ball and Paul Bailey--uncertain as to which one shot the photo for NBC.
Source
http://commons.wikimedia.org/wiki/File:Mickey_Rooney_Mr._Broadway_1957.JPG
License
Public domain 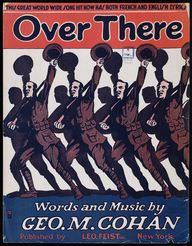 Hurried and worried until we're buried, and there's no curtain call, Lifes a very funny proposition after all.George M. Cohan

George's birthday is in 163 days

George M. Cohan would be 143 years old if he was alive today.

He was born in Providence, Rhode Island, U.S..

People born on July 3 fall under the Zodiac sign of Cancer, the Crab. George M. Cohan is the 2006th most popular Cancer.

Aside from information specific to George M. Cohan's birthday, George M. Cohan is the 11644th most famous American and ranks 12th in famous people born in Providence, Rhode Island, U.S.

In general, George M. Cohan ranks as the 19741st most popular famous person, and the 99th most popular songwriter / composer of all time. “The Famous Birthdays” catalogs over 40,000 famous people, everyone, from actors to actresses to singers to tiktok stars, from serial killers to chefs to scientists to youtubers and more. If you're curious to see who was born on your birthday, you can use our database to find out who, what, where, when and why. You can search by birthday, birthplace, claim to fame or any other information by typing in the search box, or simply browse our site by selecting the month, the day, the horoscope, or any other clickable option.