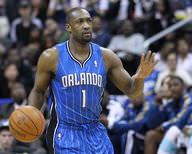 He is a former American basketball player. Gilbert Arenas grew up attending the Grant High School in Los Angeles. During his junior year, he earned himself a scholarship at the University of Arizona. He got selected by the Golden States Warriors in the 31st pick after getting drafted at the 2001 NBA draft.

Due to his former jersey number and his ability to make late-game shots, he was named "Agent Zero". He was also named "Hibachi", which literally means "bowl of fire".

He was born to parents, Gilbert Arenas Sr. and Mary Francis Robinson. He got into a long term relationship with Laura Govan in 2002. The infamous basketballer, Javier Arenas is his cousin. His children are Aloni, Alijah, Hamiley and Izela Arenas.

Arenas won the award for "Best Celebrity Blogger" at the 2007 Weblog Awards.

He spent $1 million on his 25th birthday celebration. 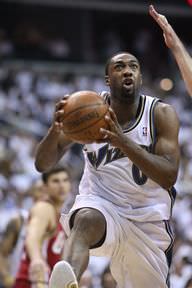 Gilbert's birthday is in 99 days

Where is Gilbert from?

What is Gilbert Arenas' height?