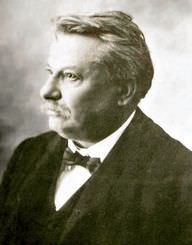 Popular Italian poet Giovanni Placido Agostino Pascoli was known for his works in symbolism and decadentism in his career as a poet .

The poet was born to Ruggero Pascoli and Caterina Vincenzi Alloccatelli and grew up in Italy with 9 other siblings. Pascoli graduated from the University of Bologna in 1882.

The assassination of his father set the tone of his debut work "Myrica" in 1891. The work shed light on his unhappy childhood coupled with the unfortunate death of his mom as well. He later published "Lyra Romana" in 1895 and also published other popular works such as "Poemetti" in 1897, "Intorno Alla Minerva oscura" in 1899, and "Poesie varie" in 1912.

Giovanni's birthday is in 92 days

How old was Giovanni when he died?

Giovanni Pascoli would be 166 years old if he was alive today.

Where was Giovanni from?

He was born in San Mauro Pascoli, Italy.