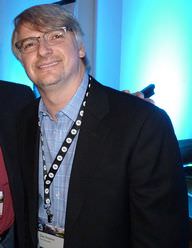 Glen Mazzara left his job as a New York City hospital administrator in 1998 to chase after his dream of being a television writer in Los Angeles, California. He debuted as a story editor before writing for the television series, “Nash Bridges”.

From 2002, he began to gain attention when he wrote for the show, “The Shield” and worked his way up to become the executive producer.

He is Italian-American. He is an alumnus of the St. Francis Preparatory School and New York University, from where he received a master’s degree in English.

In 2013, he won a Bram Stoker Award for “Best Screenplay” for writing “The Walking Dead”.

He created the horror television series, “Damien”, in 2016.

Glen's birthday is in 280 days

Where is Glen from?