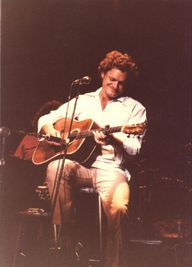 Harold Forster Chapin was a legendary American folk music and pop-rock singer, composer, and philanthropist who became a household name during the 1970s.

During that period, he became one of the highest-paid entertainers on the planet. He has sold more than 16 million copies of his albums worldwide. Some of his popular albums are titled "Heads & Tales," "Greatest Stories Live," and "Legends of the Lost and Found".

In 1986, he received Grammy Awards’ “President's Merit Award”. He was selected in the Grammy Hall of Fame in 2011. He’s also a recipient the Congressional Gold Medal of Honor

He died from a car accident on his way to perform a concert at Eisenhower Park in East Meadow, New York.

In 1977, he played a significant role in the establishment of the Presidential Commission on World Hunger.

Harry's birthday is in 69 days

How old was Harry when he died?

Harry Chapin would be 79 years old if he was alive today.

Where was Harry from?

He was born in Brooklyn, New York City U.S..