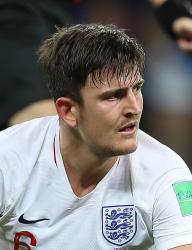 Harry is an English football player who has played as a defender for several big clubs in England, including Manchester United.

He started his playing career for Sheffield United. He joined Hull City in 2014 then moved to Leicester City in 2017 before moving to Manchester United in 2019.

He has two brothers who are known as Laurence and Joe are also professional footballers. He got engaged to Fern Hawkins and in April 2019, they had their first baby by name Lillie Saint.

For three consecutive seasons (2012 to 2014), he was chosen as player of the year for Sheffield United. He's won over 10 awards for his football prowess.

Harry's birthday is in 150 days

He was born in Sheffield, England.

What is Harry Maguire's height?