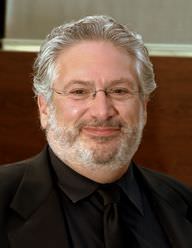 Harvey Forbes Fierstein achieved critical acclaim for his work in theatre as a playwright, stage actor and singer. He has also done notable works on television and in films (both live-action and voice roles). He is recognized for lending his voice to Yao on “Mulan” and its sequel “Mulan II” as well as playing Frank Hillard in “Mrs Doubtfire”.

In theatre, he is known for starring in the musical “Hairspray” as Edna Turnbald and his own play, “Torch Song Trilogy” as Arnold Beckoff.

He was honoured at the Tony Award and the ‘Drama Desk Award’ for his roles in “Torch Song Trilogy” and “Hairspray”.

Besides the original Disney animated film, he has voiced Yao in the video games “Disney’s Animated Storybook: Mulan” and “Mulan Story Studio”.

Harvey's birthday is in 244 days

Where is Harvey from?