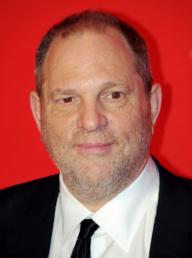 Harvey Weinstein is an American film studio executive renowned for producing some of the most successful independent films in America. Some of his notable films include 1994's "Pulp Fiction", 1996's "Flirting with Disaster" and 1998's "Shakespeare in Love". He is also known as the co-founder (along with his younger brother Bob Weinstein) of the renowned entertainment company Miramax and the independent film studio, The Weinstein Company.

Harvey won an Academy Award for the film “Shakespeare in Love” starring Gwyneth Paltrow. He has also won several Tony Awards for shows including “Billy Elliot the Musical” and “The Producers”.

In 2012, Harvey was targeted by Vivek Shah for extortion. Vivek told Harvey he would kill his family if he didn’t wire money to Vivek’s off-shore bank account. Vivek was caught and prosecuted.

Harvey is a convicted sex offender.

In 2017, he was fired from his own company after dozens of women (including famous actresses and models) accused him of sexually abusing them. These allegations acted as catalysts for the famous #MeToo movement.

On the 25th of May, 2018, while in New York, he was arrested and officially charged with sexual assault.

It was reported (in March, 2020) that Weinstein had tested positive for the deadly coronavirus while in prison.

All my life, I have loved and been inspired by French cinema, and as a studio head it has been my pride and joy to have the ability to bring movies to audiences around the world.Harvey Weinstein

All my movies got screwed up because of my personality.Harvey Weinstein

As a young man, I went to Paris and soaked up many hours of film knowledge from Robert Hakim in my efforts to become a producer.Harvey Weinstein

Every time I do a movie like 'Finding Neverland' or 'Chocolat' or 'Shakespeare' in Love,' we deal with the creative process, but there's humor and fun along the way. I always love that kind of movie.Harvey Weinstein

George Clooney's 'Ides of March' could be the most under-appreciated movie of the year. In 20 years they're gonna go back and say, 'Oh, that was American politics in that time period.' I follow politics, I love it, and that movie is so authentic.Harvey Weinstein

I hope to continue my friendship with France and its filmmakers for many years to come.Harvey Weinstein

I just finished my homework fast, I was bored to death. There wasn't 500 channels so there was a thing for a librarian to teach a kid like me about reading. I started reading early and I read all the time, because I love it.Harvey Weinstein

I learned what I really love is making films, not the film business. I want to be on the set, meeting with writers, I want that freedom. I love it now.Harvey Weinstein

I must admit, even though I'm the product of two Jewish parents, I think the Irish temper got in there somewhere, so I'm going to check Mom's genealogy.Harvey Weinstein

I never make a movie for awards consideration. I will use the hope of getting an Academy Award a) to honor the people who work so hard and also b) it's the greatest Good Housekeeping seal in the world. It's the greatest brand. It's as good as Louis Vuitton and Dior in the world of moviemaking. It's the Super Bowl.Harvey Weinstein

I remember when I took Quentin Tarantino with me to a very private screening of the documentary 'Roman Polanski: Wanted and Desired,' which shows some of the legal irregularities of his case. I was involved by the film, and it was an amazing experience to see people weep at the end of it.Harvey Weinstein

I wanted to do something inspirational for my children.Harvey Weinstein

I... grew up in politics and I used to work for the Democratic Party.Harvey Weinstein

I'd never made a teen comedy in my life.Harvey Weinstein

I'm probably the only person who goes to work and says 'Wow, it's really nice here and sweet,' even in the competitive movie business.Harvey Weinstein

I've been involved with violent movies, and then I've also said at a certain point, 'I can't take it anymore. Please cut it.' You know, you've got to respect the filmmaker, and it's a really tough issue.Harvey Weinstein

I've had such a great track record in making a huge profit when the movies are smaller.Harvey Weinstein

If an Internet company steals content, they shut it down. And let me tell you, Apple France, Yahoo France or Google France, none of them have gone out of business.Harvey Weinstein

If we don't get gun-control laws in this country, we are full of beans. To have the National Rifle Association rule the United States is pathetic. And I agree with Mayor Michael Bloomberg: It's time to put up or shut up about gun control for both parties.Harvey Weinstein

It's hard to think of yourself as a brand, especially when I have four daughters who kick my butt early in the morning every day before I go to work.Harvey Weinstein

It's the golden age of French cinema again but it's because Sarkozy had the guts to push through copyright law.Harvey Weinstein

Last year, when 'Black Swan,' 'True Grit' and 'King's Speech' all grossed over $100 million, it gave studios and independent financiers the confidence to make daring movies and not do the same old you-know-what.Harvey Weinstein

My movies are important on an economic basis, on an artistic basis.Harvey Weinstein

Over the years with movies, I've given directors notes.Harvey Weinstein

The great thing that guys like Facebook's Mark Zuckerberg and the Google guys have in common is they treat their technology like it's art, and I suppose in the hands of virtuosos like them, it is.Harvey Weinstein

There are two things that come very easily to me: rooting for New York sports teams and making mistakes.Harvey Weinstein

There is nothing like the way people feel after they've seen 'The Intouchables.' They feel amazing. The word of mouth on this film is incredible. It's intelligent-feeling good. You're not insulted by the low-browness or stupidity of some of the humor. It's so smart and terrific.Harvey Weinstein

They keep the old business. We keep the ongoing business.Harvey Weinstein

We didn't care if we were well-liked as long as the movies were good. We served the movie - that was our master at Miramax. In our second incarnation, the movie is still the master but we're getting the same results in more subtle ways.Harvey Weinstein

We've been able to access deals that under our former relationship with Disney - with tax advantages and strategic partners - that we just weren't able to do.Harvey Weinstein

When people ask me what makes movies great, it's the material.Harvey Weinstein

When we talk about Oscars, it's almost as a symbol of excellence, and the American public and the worldwide public accept that symbol. So, a movie like 'The Artist' that costs $14 million, has to go out and compete with movies that cost $140 million. How does David deal with Goliath?Harvey Weinstein

You know, my movies are important on an economic basis, on an artistic basis.Harvey Weinstein

Harvey's birthday is in 229 days

Where is Harvey from?

He was born in Flushing, New York, U.S..

People born on March 19 fall under the Zodiac sign of Pisces, the Fish. Harvey Weinstein is the 437th most popular Pisces.

Aside from information specific to Harvey Weinstein's birthday, Harvey Weinstein is the 3419th most famous American and ranks 4th in famous people born in Flushing, New York, U.S.

In general, Harvey Weinstein ranks as the 5279th most popular famous person of all time. “The Famous Birthdays” catalogs over 40,000 famous people, everyone, from actors to actresses to singers to tiktok stars, from serial killers to chefs to scientists to youtubers and more. If you're curious to see who was born on your birthday, you can use our database to find out who, what, where, when and why. You can search by birthday, birthplace, claim to fame or any other information by typing in the search box, or simply browse our site by selecting the month, the day, the horoscope, or any other clickable option.