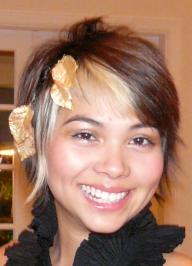 Hayley Kiyoko introduced herself to the entertainment industry as an actress and model during her early years. She’s, however, known for her role in the movie entitled “Scooby-Doo! The Mystery Begins” where she appeared as Velma Dinkley. Other notable television series and movies that she has appeared in include “Lemonade Mouth” and “Jem and the Holograms”.

The American also doubles as a singer and is mostly recognized as a co-founder of the music band called The Stunners. She has also completed a number of musical projects, as a solo artiste, which includes her maiden album dubbed “Expectations”.

She’s the daughter of the actor called Jamie Alcroft and choreographer, Sarah Kawahara.

She has worked with many top artistes including the popular Canadian singer, Justin Bieber.

In 2017, she campaigned for the LGBT rights.

Hayley's birthday is in 116 days

Where is Hayley from?