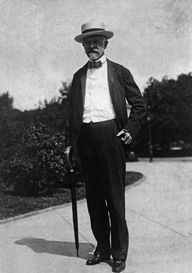 Henry Cabot Lodge was an American politician whose ideas and influence helped to improve the organizational structures of the United Nations. His political career started in 1880 when he was elected into Massachusetts’ House of Representatives.

A member of the Republican Party, Lodge was selected to represent the state at the United States House of Representatives in 1887. During his time in the House, he drafted the Lodge Bill. He left his position in 1893 following his election into the United States Senate.

As a Senator, he helped to expand America’s oversea territories, and backed the infamous Spanish–American War. He also approved America’s participation in the First World War.

After completing Harvard College, he continued at Harvard Law School.

He was also a historian and wrote biographies of some renowned personalities like Alexander Hamilton, and George Washington.

This politician also published a number of books such as “The Senate of the United States and Other Essays and Addresses, Historical and Literary” and “The Story of the Revolution”.

He began his career as a lawyer in 1875 when he became a member of the bar. 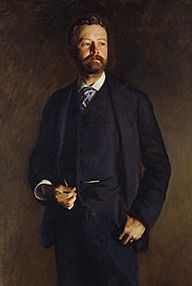 Are ideals confined to this deformed experiment upon a noble purpose, tainted, as it is, with bargains and tied to a peace treaty which might have been disposed of long ago to the great benefit of the world if it had not been compelled to carry this rider on its back?Henry Cabot Lodge

Beware how you trifle with your marvelous inheritance, this great land of ordered liberty, for if we stumble and fall, freedom and civilization everywhere will go down in ruin.Henry Cabot Lodge

Our ideal is to make her ever stronger and better and finer, because in that way alone, as we believe, can she be of the greatest service to the world's peace and to the welfare of mankind.Henry Cabot Lodge

Recognition of belligerency as an expression of sympathy is all very well.Henry Cabot Lodge

Standing, as I believe the United States stands for humanity and civilization, we should exercise every influence of our great country to put a stop to that war which is now raging in Cuba and give to that island once more peace, liberty, and independence.Henry Cabot Lodge

Strong, generous, and confident, she has nobly served mankind. Beware how you trifle with your marvellous inheritance, this great land of ordered liberty, for if we stumble and fall freedom and civilization everywhere will go down in ruin.Henry Cabot Lodge

True Americanism is opposed utterly to any political divisions resting on race and religion.Henry Cabot Lodge

We would not have our politics distracted and embittered by the dissensions of other lands.Henry Cabot Lodge

American general and politician, 1st President of the United States

Henry's birthday is in 310 days

Henry Cabot Lodge would be 172 years old if he was alive today.