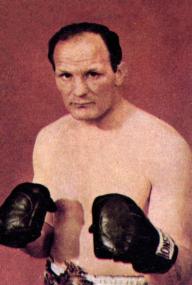 Former British heavyweight boxer Sir Henry Cooper was known for his hard punches and persistence throughout his fights. Cooper was undefeated in most of his British and Commonwealth heavyweight championships for over 10 years.

The famous boxer was born to Lily and Henry Cooper Sr. and lived most of his youthful days in London. Life was tricky after WWII, and Cooper was forced to take on odd jobs to make ends meet. Cooper fell in love with boxing and joined the Bellingham Boxing Club in 1949.

After recording an amateur record of seventeen wins and two ABA light-heavyweight titles, the boxer went on to dominate the professional scene. His famous left hook won him the British and Commonwealth heavyweight championship for 12 years and a 3-year European Heavyweight run. The boxer had a career run of 55 fights, 40 wins and 1 draw.

Copper married Albina Genepri from 1960 to 2008. He, unfortunately, passed away in 2011 and was survived by 2 children

In honor of his contribution to the sport, he received an OBE (Officer of the Order of the British Empire) in 1969.

Cooper knocked down Cassius Clay (Mohammed Ali) in 1963, but the match was never completed since Cooper had his left eye cut from Ali’s heavy punches.

Henry's birthday is in 89 days

Henry Cooper would be 88 years old if he was alive today.