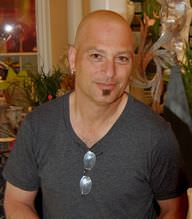 Canadian comedian, actor, and screenwriter, Howie Mandel is popularly known for his role on CNBC's famous game show, "Deal or No Deal".

His acting resume includes an appearance in 1987's American comedy film, "Walk Like a Man" alongside Amy Steel. He is credited for being the creator as well as featuring in the 1990 - 1998 American animated comedy series, "Bobby's World". He is also known to have starred as a judge on NBC's talent competition, "America's Got Talent".

His father, Al Mandel was a real estate agent and lighting manufacturer, while his mother is Evy Mandel. He married agent and talent manager, Terry Mandel in 1980. His children are namely; Alex, Jackie and Riley Mandel.

He earned the "Male Discovery of the Year" award at the 1998 ‘Golden Apple Awards’ and received a nomination for the "TikToker Of The Year" at the 2020 ‘Shortly Awards’.

He got nominated for the "Outstanding Host for a Reality or Reality-Competition Program" at the 2008 ‘Primetime Emmy Awards’.

At the ‘Daytime Emmy Awards’, he was nominated for the "Outstanding Animated Program" award.

He is of Polish, Romanian and Jewish origin. 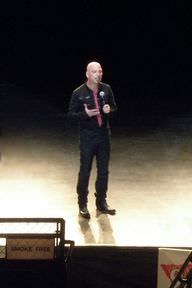 Howie Mandel's birthday is in 71 days

Where is Howie Mandel from?

He was born in Willowdale, North York, Ontario, Canada.

People born on November 29 fall under the Zodiac sign of Sagittarius, the Archer. Howie Mandel is the 99th most popular Sagittarius.

Aside from information specific to Howie Mandel's birthday, Howie Mandel is the 44th most famous Canadian.

In general, Howie Mandel ranks as the 1179th most popular famous person, and the 8th most popular comedian of all time. “The Famous Birthdays” catalogs over 40,000 famous people, everyone, from actors to actresses to singers to tiktok stars, from serial killers to chefs to scientists to youtubers and more. If you're curious to see who was born on your birthday, you can use our database to find out who, what, where, when and why. You can search by birthday, birthplace, claim to fame or any other information by typing in the search box, or simply browse our site by selecting the month, the day, the horoscope, or any other clickable option.