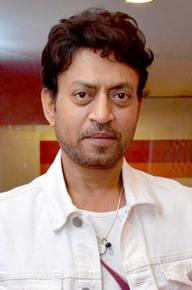 Irrfan Khan was an Indian actor who, having been active for over three decades, established himself as an international star even outside of Bollywood. That is to say that he has acted in a number of successful films and has been awarded accordingly.

His mother’s name was Saeeda Khan and his father, Yaseen Ali Khan.

He married his wife, Sutapa Sikdar, in 1995.  Together they birthed two sons named Aryan and Babil.

He studied, on scholarship, at the National School of Drama in New Delhi.

In 2008 Khan was named Best Supporting Actor at both the Filmfare Awards and International Indian Film Academy Awards for his work in “Life in a… Metro” (2007).  He also won a couple of awards as part of the cast of the 2008 classic “Slumdog Millionaire”.

In 2009 He was named by GQ India as the Man of the Year.  He also took home awards from five separate institutions for portraying the titular role in the 2012 biographical film “Paan Singh Tomar”.

Khan was the recipient of the Padma Shri, India's fourth-greatest civilian honor, in 2011.

He was a promising cricket player in his youth but could not pursue a career in the sport due to lack of funding.

His birth name was “Irfan”, and he added the second R himself in 2012.

It was revealed that he had a neuroendocrine tumor in 2018, which he treated.

He ultimately died from a colon infection.  And this was less than a week after his mother also passed away.

Irfan's birthday is in 82 days

How old was Irfan when he died?

Irrfan Khan would be 54 years old if he was alive today.

Where was Irfan from?

He was born in Jaipur, India.

Irrfan Khan was a famous Indian actor, who was born on January 7, 1967. As a person born on this date, Irrfan Khan is listed in our database as the 73rd most popular celebrity for the day (January 7) and the 217th most popular for the year (1967).

People born on January 7 fall under the Zodiac sign of Capricorn, the Sea Goat. Irrfan Khan is the 1786th most popular Capricorn.

Aside from information specific to Irrfan Khan's birthday, Irrfan Khan is the 421st most famous Indian.

In general, Irrfan Khan ranks as the 23575th most popular famous person, and the 3105th most popular actor of all time. “The Famous Birthdays” catalogs over 40,000 famous people, everyone, from actors to actresses to singers to tiktok stars, from serial killers to chefs to scientists to youtubers and more. If you're curious to see who was born on your birthday, you can use our database to find out who, what, where, when and why. You can search by birthday, birthplace, claim to fame or any other information by typing in the search box, or simply browse our site by selecting the month, the day, the horoscope, or any other clickable option.