She is a French actress, who is sometimes ranked amongst the best in the world. She is largely popular for her cold and disdainful characters in which she portrays, flawlessly. Her remarkable career has earned her numerous awards and accolades.

Her father, Raymond Huppert was a safehouse manufacturer while her mother was Annick Huppert. Her siblings are identified as Elisabeth, Caroline, Remi, and Jacqueline Huppert.

She got married to actor, Ronald Chammah in 1982. Her children include; Lolita, Angelo, Lorenzo Chammah.

Huppert was awards for categories, "Actress Defying Age and Ageism" and "Bravest Performance" at the 2016 Alliance of Women Film Journalists.

She picked up the "Best Actress" award at the 2010 Cairo International Film Festival. 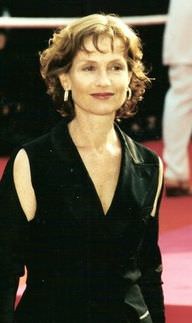 Before I do a play I say that I hope it's going to be for as short a time as possible but, once you do it, it is a paradoxical pleasure. One evening out of two there are five minutes of a miracle and for those five minutes you want to do it again and again. It's like a drug.Isabelle Huppert

My mom's a Catholic, and my dad's a Jew, and they didn't want anything to do with anything.Isabelle Huppert

People born on March 16 fall under the Zodiac sign of Pisces, the Fish. Isabelle Huppert is the 2725th most popular Pisces.

In general, Isabelle Huppert ranks as the 32075th most popular famous person, and the 3161st most popular actress of all time. “The Famous Birthdays” catalogs over 25,000 famous people, everyone, from actors to actresses to singers to tiktok stars, from serial killers to chefs to scientists to youtubers and more. If you're curious to see who was born on your birthday, you can use our database to find out who, what, where, when and why. You can search by birthday, birthplace, claim to fame or any other information by typing in the search box, or simply browse our site by selecting the month, the day, the horoscope, or any other clickable option.