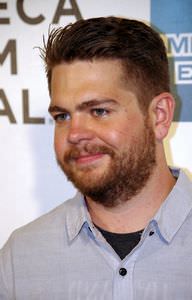 Being the son of professional entertainers, it did not take long for Jack Joseph Osbourne to be in the public eye. However, it was his appearance in the reality television series, “The Osbournes”, alongside his family from 2002 to 2005 which gave him independent celebrity status.

He is known for the shows “Jack Osbourne: Adrenaline Junkie” and “Ozzy & Jack’s World Detour”.

He is the youngest child of television personality Sharon and her musician husband, Ozzy Osbourne. His sisters are actresses and singers Kelly and Aimee Osbourne.

He has three children with Lisa Stelly, to whom he was married from 2012 until 2019.

He finished as the second runner-up on “Dancing with the Stars” in 2017.

Jack's birthday is in 347 days

Where is Jack from?

He was born in St John's Wood, London, England, UK.