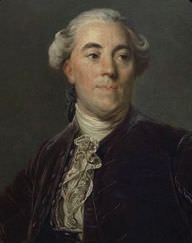 Title
Original was exhibited at the Salon of 1783, now in the Château de Coppet.
Author
After Joseph Duplessis
Source
http://commons.wikimedia.org/wiki/File:Necker,_Jacques_-_Duplessis.jpg
License
Public domain

Jacques Necker was a prominent French statesman. He served as Finance Minister for the French monarch Louis XVI.

He was Chief Minister of the French king between 1789 and 1790. He was preceded by Baron of Bruteuil and his successor was Count of Montmorin.

Necker Hospital for Children in France, Necker Island, and Necker middle school were all named after him. 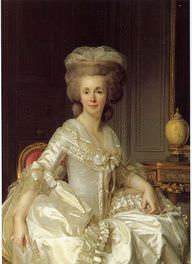 Jacques' birthday is in 238 days

How old was Jacques when he died?

Jacques Necker would be 290 years old if he was alive today.

Where was Jacques from?

He was born in Geneva.