James Brown was an American singer, songwriter, and dancer.

The first success that James Brown had in the music industry was with The Famous Flames, for which he was the lead singer. During this time, Brown began to play solo shows with a backing band, which moved from a gospel and soul sound to a more wild, funk sound. In this time, he had the hit single “I Got You (I Feel Good).” Soon he and others formed the group The J.B.'s, which produced the funk records “Get Up (I Feel Like Being a) Sex Machine.” Brown was known for giving tireless, lively performances. 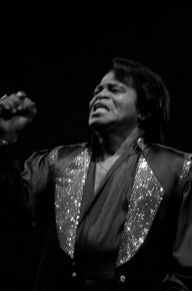 James' birthday is in 258 days

James Brown would be 89 years old if he was alive today.

He was born in Barnwell, South Carolina, U.S..