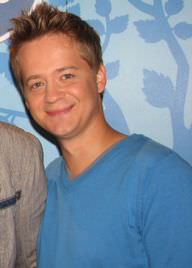 Jason Earles is an American actor, comedian, and martial artist.

Though not quite an A list celebrity, many people will recognize the face of Jason Earles from 2000s films and television series including MADtv, National Treasure, and Hannah Montana. He started acting in television with shows like The Shield, Malcolm in the Middle, and Still Standing. While on acting on several movies, Earles began working with Disney. He is now most remembered for his role as Jackson Stewart on Hannah Montana. Currently, Jason Earles is still working with Disney as Rudy Gillespie on Kickin' It.

Jason's birthday is in 82 days

Where is Jason from?