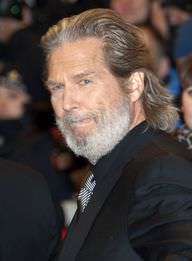 Jeff Bridges is an actor and singer famed for playing the character Otis "Bad" Blake in the 2009 film Crazy Heart. His other famous film credits include The Last Picture Show, Starman, Jagged Edge, The Fisher King, Tron: Legacy and True Grit. In 2008, he portrayed Obadiah Stane/Iron Monger in Iron Man. As a singer, he released his debut album Be Here Soon in 2000.

He is the son of actress Dorothy Bridges and actor Lloyd Bridges. He is the younger brother of actor Beau Bridges. He married Susan Geston in 1977 and fathered three children with her.

In 2009, he won both the Academy Award and the Golden Globe Award for Best Actor for his role in the film Crazy Heart. He also won an Independent Spirit Award and a Screen Actors Guild Award for that same film.

Jeff's birthday is in 311 days

Where is Jeff from?