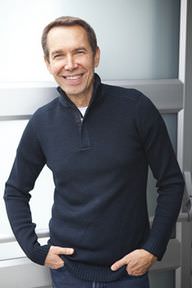 Despite divided opinions about him by critics, American artist Jeffrey Koons has managed to stay relevant through the popularity of his artworks. He is widely recognized for the high prices which his works have fetched at auctions and in 2019, he became the living artist with the highest auction price for an artwork when his sculpture, “Rabbit” sold for US$91.1 million. His other notable works are “Puppy” and “Balloon Dog”.

He has been a recipient of the US Medal of Art, Skowhegan Medal for Sculpture and the Golden Plate Award.

Artists he has influenced include Seward Johnson, Mona Hatoum and Jack Daws.

When is Jeff Koons' birthday?

In how many days is Jeff Koons' birthday?

Jeff's birthday is in 356 days

How old is Jeff Koons?

Where is Jeff from?