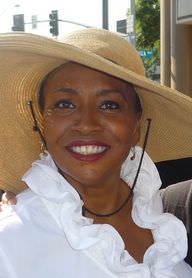 Jenifer Lewis is a celebrated actress, singer, comedian, and social media activist from America who began her professional career as a back-up vocalist for Bette Midler in Broadway musicals before moving on to cinema.

With over 300 cinema and television appearances, she is best known as one of Hollywood's most well-known faces and has been named “national treasure” by TVGuide.com.

She appeared in the Emmy-nominated popular TV series "Black-ish," for which she received a nomination for the 2018 Critics Choice Award for “Best Supporting Actress in a TV Comedy Series” for her humorous portrayal of Ruby Johnson.

Besides this, she is also known to have starred in several films and television series like "Renaissance Man", "The Temptations", "The Boondocks", and "Tuca & Bertie".

Her distinct voice may be heard in animated films such as "Cars," "Cars 2," and "Cars 3," as well as "The Princess and the Frog," where she plays Mama Odie.

She was born to Dorothy Lewis and Edward James Lewis.  She has been married to Arnold Byrd since 2012 and the couple adopted a child called Charmaine Lewis.

Jenifer stands at a height of 1.66 meters.

She began her musical career at age five, singing in church.

She has severe bipolar disorder.

In 1979, she made her Broadway debut in the musical “Eubie”.

Jenifer's birthday is in 356 days

Where is Jenifer from?

She was born in Kinloch, Missouri, U.S..