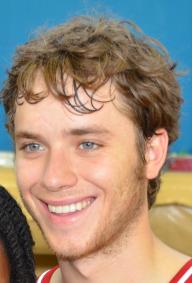 Jeremy is an American Actor who gained popularity for his role in “Peter Pan” in 2003. He started his career with modeling even before he became a teenager.

His first movie was “Frailty” where he played the role of Young Adams in 2001. In 2002, he featured in “Just a Dream” as Henry Sturbuck. He went on play the role of Justin Petersen in “Cyber Seduction: His Secret Life” in 2005. In 2010, he acted in “You’re So Cupid” as Connor Miller.

He is the son of Gary Sumpter and Sandy. He has three siblings by the names Jennifer and Travis including a twin sister by name Jessica.

In 2015, Sumpter announced his engagement to Lauren Pacheco. However, in 2016, he came out to announce that they were no longer engaged.

During the IMTA Awards in 2000, he won the award for “Pre-Teen Male Model of the Year”.

In 2003, the Young Artist Award chose him as winner for “Best Performance in a TV Movie, Mini-series or Special - Leading Young Actor” based on his performance in the film, “Just a Dream”.

Jeremy's birthday is in 129 days

Where is Jeremy from?

He was born in Carmel-by-the-Sea, California, U.S..