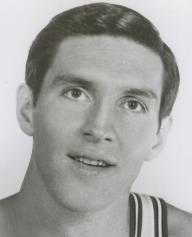 Jerry Sloan was an American basketball player and coach – he played on behalf of the Baltimore Bullets and Chicago Bulls and coached the Bulls as well, in addition to the Utah Jazz.  What he is most remembered for professionally was his decades'-long tenure as Head Coach of the Jazz, where he proved to be one of the most-successful NBA coaches in history.

His first wife, who passed away in 2004, was named Bobbye. Together they had three children, Brian Sloan, Holly Parish and Kathy Wood. Brian Sloan went on to have a notable collegiate career, and his son, also named Jerry, played collegiate b-ball also.

In 2006 he married his second wife, Tammy Jessop.

He was one of the founding members of the Chicago Bulls back in 1966 when they were just an expansion team.

As a player, Sloan averaged an impressive 14 points, 8 rebounds and 2 assists per game.

He served as Head Coach of the Utah Jazz for over 22 consecutive seasons and throughout his tenure, despite never winning a championship, he proved to be one of the winningest coaches in NBA history.  For instance as of 2020 he is one of only a trio of head coaches to have won at least 50 games during 10 different seasons.

Moreover, between 1989 and 2003 he led the Jazz to Playoffs for 15 consecutive seasons, having made the NBA Finals (against Michael Jordan’s Chicago Bulls) twice in 1997 and 1998.

The Jazz went on to honor him by raising a banner in their arena representing the number of wins he accumulated as Head Coach of the team.

As a child, Sloan worked on a farm while concurrently honing his basketball skills.

On 7 February 2011, he unexpectedly resigned from his position as Head Coach of the Utah Jazz.  The rumor at the time was that it was due to beef he had with the team’s star player, Deron Williams.

He did return to the Jazz a couple of years later in an advisory position.

He ultimately passed away as a result of suffering from Lewy body dementia and Parkinson's disease.

Jerry Sloan was a famous American basketball player and coach, who was born on March 28, 1942. As a person born on this date, Jerry Sloan is listed in our database as the 61st most popular celebrity for the day (March 28) and the 135th most popular for the year (1942).

People born on March 28 fall under the Zodiac sign of Aries, the Ram. Jerry Sloan is the 1812th most popular Aries.

Aside from information specific to Jerry Sloan's birthday, Jerry Sloan is the 12663rd most famous American.

In general, Jerry Sloan ranks as the 22379th most popular famous person, and the 374th most popular basketball player of all time. “The Famous Birthdays” catalogs over 25,000 famous people, everyone, from actors to actresses to singers to tiktok stars, from serial killers to chefs to scientists to youtubers and more. If you're curious to see who was born on your birthday, you can use our database to find out who, what, where, when and why. You can search by birthday, birthplace, claim to fame or any other information by typing in the search box, or simply browse our site by selecting the month, the day, the horoscope, or any other clickable option.