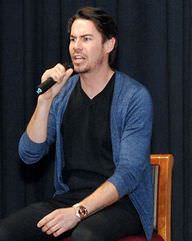 Jerry Trainor is an actor who gained stardom starring in the Nickelodeon television shows Drake & Josh and iCarly where he portrayed the characters Crazy Steve and Spencer Shay respectively. His other notable television credits include Wendell & Vinnie, Malcolm in the Middle, Law & Order and Angel. He also starred in the animated series T.U.F.F. Puppy where he voiced the title character Dudley Puppy.

He landed his first television role in MTV's Undressed, where he portrayed the character Eric.

He is the son of Madelyn and Bill Trainor.

Jerry Trainor's birthday is in 51 days

Where is Jerry Trainor from?