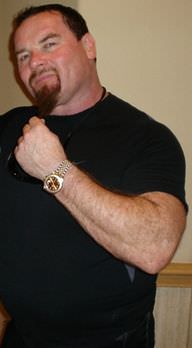 He was an American professional wrestler who became known for his performances, during the 1980s and 1990s, with the World Wrestling Federation under the ring name, Jim "The Anvil" Neidhart. He was born James Neidhart. He became a member of the famous Hart Wrestling Dynasty through his wife and was able to wrestle alongside various members of the family.

He initially earned himself some recognition as an athlete after participating in strength-based track and field events. He trained under Stu Hart and soon began his professional wrestling career. He unfortunately died in August of 2018 due to a tragic fall.

He was born to Henry and Katherine Neidhart. He got married to Elizabeth Hart in 1979 and they both separated in 2001 – they remarried in 2010. He was a father to Jenni, Kristin, and the renowned female wrestler, Natalie Neidhart.

He earned the "MEWF Heavyweight Championship" under the Mid-Eastern Wrestling Federation.

Neidhart was inducted into the "Canadian Wrestling Hall of Fame"

He married the same wife twice.

He played for the NFL before wrestling. 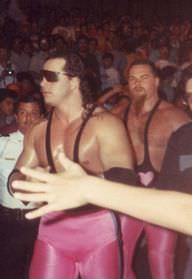 How old was Jim when he died?

Jim Neidhart would be 67 years old if he was alive today.

Where was Jim from?