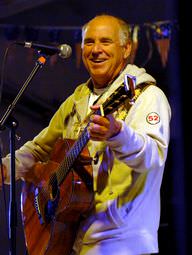 He is an American musician, author, actor, and a businessman who is most prominent for his frequent portrayal of "island escapism" lifestyle in his songs. He is noted for recording his songs with his "Coral Reefer Band", including his 1977 hit song, "Margaritaville".

Aside excelling in music, Jimmy Buffett’s entrepreneurship skills are equally amazing. He noted to be involved in two high profile chain restaurants which were named after his two best known songs, "Margaritaville Cafe", which he owns, and "Cheeseburger in Paradise", which he co-developed. His achievements and accomplishments set him amongst the richest musicians in the world, with a net worth of over $600 million as of March, 2020.

He was born to father, James Buffett Jr., and mother, Mary Lorraine. He is noted to have a sister named Laurie Buffett. He got married to Margie Washichek in 1969 – the union was short-lived and lasted for about two years before their separation in 1971. He got married to Jane Slagsvol in 1977.

Buffett won the "Vocal Event of the Year" at the 2003 Country Music Association Award.

He got nominated for the "Single of the Year: Vocal Collaboration" at the 2011 American Country Awards.

He won the "CMT Performance of the Year" at the 2011 CMT Music Awards.

He was born on Christmas day.

It took him 30 years to win his first award.

Buffett received a bachelor's degree in history from University of Southern Mississippi.

He wrote a song about Captain America.

Humor has bailed me out of more tight situations than I can think of. If you go with your instincts and keep your humor, creativity follows. With luck, success comes, too.Jimmy Buffett

I hate to mention age, but I come from an era when we weren't consumed by technology and television.Jimmy Buffett

I'm inspired by people who keep on rolling, no matter their age.Jimmy Buffett

The stores and the things like that, the business side of things came out at the point when, I'd say probably in the early '70s, it looked like the year of the singer-songwriter was over, 'cause music changed in our time and the spotlight was out.Jimmy Buffett

There's something missing in the music industry today... and it's music. Songs you hear don't last, it's just product fed to you by the industry.Jimmy Buffett

Wrinkles will only go where the smiles have been.Jimmy Buffett

Jimmy Buffett's birthday is in 221 days

Where is Jimmy Buffett from?

He was born in Pascagoula, Mississippi, U.S..

People born on December 25 fall under the Zodiac sign of Capricorn, the Sea Goat. Jimmy Buffett is the 901st most popular Capricorn.

Aside from information specific to Jimmy Buffett's birthday, Jimmy Buffett is the 8092nd most famous American.

In general, Jimmy Buffett ranks as the 13139th most popular famous person, and the 1392nd most popular singer of all time. “The Famous Birthdays” catalogs over 40,000 famous people, everyone, from actors to actresses to singers to tiktok stars, from serial killers to chefs to scientists to youtubers and more. If you're curious to see who was born on your birthday, you can use our database to find out who, what, where, when and why. You can search by birthday, birthplace, claim to fame or any other information by typing in the search box, or simply browse our site by selecting the month, the day, the horoscope, or any other clickable option.