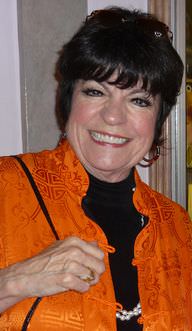 Actress and comedian Jo Anne Worley is widely known for her comedy show "Rowan & Martin's Laugh-in" and her appearance in 1998's sensation "Beauty and the Beast: Belle's Magical World".

The actress was born to Joseph Lauraine Worley and Rose Irene Gardner. She graduated from high school in 1955 and enrolled in the Midwestern State University to study drama. She is also an alumnus of Los Angeles City College.

The actress received her major break in 1961 when she appeared in a musical revue called "Billy Barnes People". She also had a few spells in "The Merv Griffin Show" in 1966, where she made over 35 appearances. Worley also did some voice acting, including in "Nutcracker Fantasy" in 1979 and "Beauty and the Beast" in 1991. The actress appeared in the 1999 musical "Wizard of Oz".

Worley was married to American actor Roger Perry from 1975 to 2000.

Worley appeared in a video game called "Kingdom Hearts" in 2005.

Where is Jo Anne Worley from?

She was born in Lowell, Indiana, U.S..