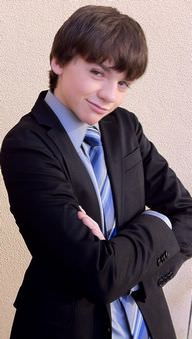 Joel Courtney had his big break in his debut film role as Joe Lamb in the 2011 monster thriller, “Super 8”. He later rose to international fame for his appearances as Lee Flynn in the teen romantic comedy film “The Kissing Booth”. He returned for the role in the film’s two sequels. He has also made guest appearances in television shows such as “APB” and “Agents of S.H.I.E.L.D.”.

He grew up in Moscow, Idaho, United States. He married Mia Scholink, whom he had been dating for a long while, in September 2020.

For his role in “Super 8”, he won a Saturn Award for “Best Performance by a Young Actor”.

The “Ashtown Burials” book series, according to him, is one of his favorites.

Joel's birthday is in 118 days

Where is Joel from?

He was born in Monterey, California, U.S..