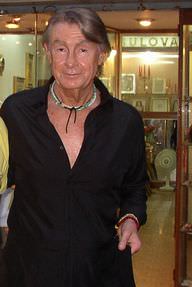 Joel Schumacher was an American filmographer who specialized in primarily in directing and secondly in screenwriting. His heyday was during the late 20th century, in which he was behind some of the most-popular American movies from that era.

Early in his career he actually wrote the screenplays for three movies which centered largely on African-American characters – “Sparkle” (1976), “Car Wash” (1976) and “The Wiz” (1978).

Schumacher was also a professional producer and costume designer and has worked on a number of music videos.

He is also said to have been instrumental in launching the careers of Kiefer Sutherland, Colin Farrell in Matthew McConaughey and others when they were new to the game.

His parents are named Francis and Marian Schumacher.

In his youth he actually studied at two prominent NYC fashion colleges but later realized his calling was in the film industry. In fact, he didn’t launch his film career until he was already in his 30s.

He ultimately passed away as a result of cancer.

I don't want to tell your story because you're a insensitive, self-centered moron. I've told a lot of stories about young people, and I always feel there's hope.Joel Schumacher

Joel's birthday is in 58 days

How old was Joel when he died?

Joel Schumacher would be 82 years old if he was alive today.

Where was Joel from?

People born on August 29 fall under the Zodiac sign of Virgo, the Virgin. Joel Schumacher is the 1170th most popular Virgo.

Aside from information specific to Joel Schumacher's birthday, Joel Schumacher is the 7925th most famous American and ranks 291st in famous people born in New York City, New York, U.S.

In general, Joel Schumacher ranks as the 12853rd most popular famous person, and the 92nd most popular director of all time. “The Famous Birthdays” catalogs over 40,000 famous people, everyone, from actors to actresses to singers to tiktok stars, from serial killers to chefs to scientists to youtubers and more. If you're curious to see who was born on your birthday, you can use our database to find out who, what, where, when and why. You can search by birthday, birthplace, claim to fame or any other information by typing in the search box, or simply browse our site by selecting the month, the day, the horoscope, or any other clickable option.