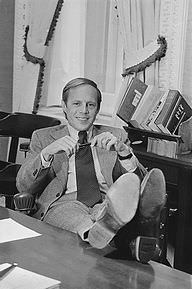 John Wesley Dean III, an American lawyer who served as White House counsel under US President Nixon from 1970-73, and whose discovery of official involvement in the Watergate affair led to Nixon's resignation and Dean's and other top aides' imprisonment.

He was born on 14 October, 1938 in Akron, Ohio and lived in Marion. He attended Staunton Military Academy for high school. He enrolled at Colgate University and later transferred to the College of Wooster for his bachelor's degree. He obtained his Juris Doctor at Georgetown University in 1965.

He first worked for a law firm in Washington, D.C., before becoming the House Judiciary Committee's top minority (Republican) counsel in 1966–67. He worked for two years as an associate director of the National Commission on Reform of Federal Criminal Laws.

For his role, he was convicted of obstruction of justice and sentenced to four months in prison. 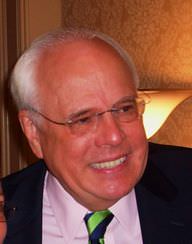 John's birthday is in 252 days