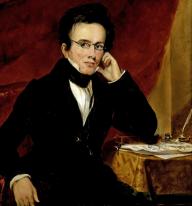 Raised in a family with a rich musical background, John Goss began singing before his tenth birthday. He performed with many choirs before composing his first song in 1819. The famous English composer and organist went on to compose many tunes with "See, Amid the Winter's Snow" and "Praise, my soul, the King of heaven" being two of his most popular works.

Aside from his numerous songs, he also worked as a teacher and organist. In 1821, he started playing the organ at the St. Andrew's Church (previously known as Stockwell Chapel) in London. He also played the instrument at the St Paul's Cathedral.

As a teacher, he taught at the Royal Academy of Music where he trained people like Frederick Bridge, and Arthur Sullivan.

He was also a writer and published a number of books with some titled “The Piano Forte Student's Catechism” and “Chants, Ancient and Modern”.

His dad Joseph Goss played organ at the Fareham Parish Church. He was the nephew of alto singer John Jeremiah Goss.

John's birthday is in 327 days

John Goss would be 222 years old if he was alive today.

He was born in Brixton, London.