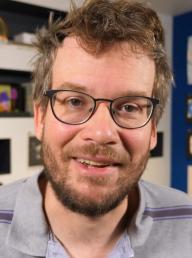 John Green is known to be one of the most prominent and successful young adult authors. With novels such as Looking for Alaska, An Abundance of Catherines, Paper Towns and The Fault in Our Stars, he has established himself as a strong force to reckon with when it comes to the young adult fiction genre.

Green is also a well-known YouTube personality who began his journey on the platform in 2007 alongside his brother, Hank, on a channel known as Vlogbrothers. The brothers have also collaborated on projects such as VidCon and Project for Awesome, a charity project.

His parents’ names are Sydney and Mike Green. He has been married to Sarah Urist Green since 2006. They have two children together.

In 2006, he won the Michael L. Printz Award for Looking for Alaska. His novel, Paper Towns was named the 2009’s “Best Young Adult Novel” at the ‘Edgar Allan Poe Award’. In 2013, his book The Fault in Our Stars won the Children’s Choice Book Award for “Teen Book of the Year”.

John's birthday is in 266 days

He was born in Indianapolis, Indiana, U.S..