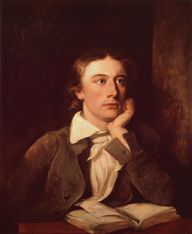 John was an English Poet whose romantic poems made him popular. He, however, had a short life span. He lost his life to tuberculosis when he was in his early twenties. His popularity rather grew after his death, though his works were not well received when he was alive.

He had been a writer for just over five years before he died but only had the chance to publish four of his works.

John was the son of Frances Jennings and Thomas Keats. He had three siblings named George, Frances Mary and Thomas who are all dead currently.

His writing is usually described as sensual and very romantic, especially as seen in his works in “The Series of Ode”.

John's birthday is in 32 days

John Keats would be 226 years old if he was alive today.