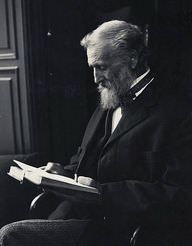 John Muir was a renowned Scottish-American naturalist and conservationist known as one of the most prominent pioneering activists and advocates of wilderness preservation in America. In 1892, he co-founded the famous environmental organization the Sierra Club, which played an instrumental role in establishing several national parks in the United States. His years of activism led to his nickname "Father of the National Parks".

He was the third of eight children born to Ann Gilrye and Daniel Muir. He married Louisa Strentzel in 1880. The marriage produced two daughters: Wanda and Helen.

He played a very instrumental role in persuading the U.S. Congress to pass the National Park bill in 1890.

In 2006, he was posthumously inducted into the California Hall of Fame.

John's birthday is in 77 days

John Muir would be 184 years old if he was alive today.

He was born in Dunbar, East Lothian, Scotland.